Let’s get right to it!

I’ve been posting and blogging about comedy writing tools for several years now, giving you the best tools that I use to write comedy. I’m loving every minute of it! In this post I’m sharing with you my 5 favorite writing tools online. It’s a combination of tools I’ve already posted, but you may have forgotten they were there or missed them because you didn’t see the post.

Look at them now because soon I am going to be locking them in the vault and only using them for online courses.

These tools work for coming up with jokes for Clubs , Corporate, Late Night, Sketches, Screenwriting, or novel writing.

In other words, without the structures, there is little or no laughter.

Every comedian who’s made you laugh from Jerry Seinfeld to Kevin Hart; from Jim Jefferies to Bill Burr; from Louis CK to Amy Schumer, they all utilize the structures I teach in my courses and in my eBook writing system. They all use them, even if they don’t know it!

George Carlin said to me, “I know 98-percent of the time that a joke is funny before I get it on stage.” I asked him how he knew and he said, “because I know they contain all the elements necessary for a joke to be funny.”

So here we go! 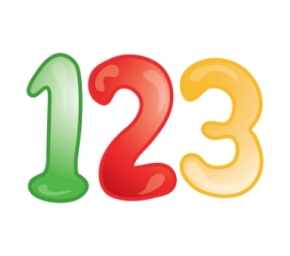 This was the second one I shared with the public when I first started writing my blog. It’s a simple method I use when I am staring at a blank page or computer screen saying, “I got nothin!” I just run this scenario through my head and I always wind up with something; usually about 5 minutes of new material! The good thing is I can use it starting from complete scratch!

2.How To Write Jokes [Video Tutorial]

This video tutorial was the first of its kind ever put on the internet. May still be the only one of its kind. Where I start with a simple headline from the news and I walk you through the procedure as you look at my computer screen. It’s like you’re looking over my shoulder while I write jokes and show you one of my processes for generating material. This technique has helped me to write thousands of jokes over the years.

3. How To Write Jokes For Corporate [Video Tutorial] Another first of its kind as far as the viewer being able to watch joke writing in a certain niche in a real-time environment. In this video I will take the corporate subject matter of “Title Insurance” and walk through my process as I basically write 10 minutes of Title Insurance jokes. Inspired from a phone call I received from National Title asking me how much I charge to perform at one of their events doing at least five minutes of Title Insurance humor. After I quoted them my fee I knew I better be able to write some title insurance jokes. So I start from scratch and write 10 minutes in less than an hour. Take a look at the process if you want to learn how to write comedy for corporate engagements. Definitely worth a look!

Most people I run into who are trying to write comedy, think that comedy writing is a mystery. They think it’s got to be really clever and difficult. Some of the best comedy is the simplest comedy. Much of it comes in the form of opposites. One of the easiest ways to get to the punch is NOT to think of something FUNNY but to think in opposites. This exercise gets you there fast. It may seem simple, but it’s powerful. I’ve used this in sketch writing, screenwriting and in stand-up. Always effective! I love Bill Burr! He’s a terrific and expressive comedian, who loves to take the alternate point of view on popular social opinions. His technique is masterful, but when someone told me that Bill doesn’t use any comedy structure, I just had to show them not only that he does, but how he does and exactly where he uses it. Take a look at this Bill Burr video and then watch as line-by-line, you get to see where he places the key elements that trigger the laughs!

So there you have it

Five of my best tools for writing jokes. But here’s the thing: This barely scratches the surface of the tools I use on a regular basis to write jokes. In my classes and with my online courses, I teach 23 different approaches to writing comedy. Remember, there’s no single way to approaching comedy writing.

But these tools will give you a process to make it easier. I still use the old-school method of getting an inspiration and talking it out on stage until it develops into a solid routine, but I prefer to use the George Carlin method: write it funny so you know it’s funny before you take the stage!

I hope you enjoy this list of tools. Remember they won’t stay online long, so use them, share them with others and please feel free to leave a comment below and let me know how you’re doing!