With the death of Michael Jackson at 50 years old, the question of appropriateness of humor has been brought, once again, into the spotlight. Through the many years following Jackon’s crazy antics from the laughable plastic surgeries to the skin whitening, the baby dangling, the failed marriages to Lisa-Marie and Debbie Rowe, the incidents with sleep-overs and feeding wine to 9-year olds, Michael has been the butt of thousands of jokes. So many jokes, in fact, that the total is equal to almost half the jokes written about former President Bush and Bill Clinton. Think about that. That’s a lot of damn jokes!

But is it too early to make jokes about Michael Jackson considering his death is still so fresh in everyone’s minds? My answer to that isn’t as clear-cut as it would be to a question like: Was Michael weird? The answer to that question would be a simple and resounding “YES!” And that’s if you directed that question to his mother!

When it comes to appropriateness of humor however, the line is blurred. It really depends on how you tell the joke. There’s an old saying: As comedians we’re only guessing…the audience is the judge.

I was fired from writing for Jay Leno because I wrote a joke about the Pope John Paul II’s death. Fired! I then sold that same joke to Letterman and he did it on the air and got great laughs. Here’s the joke:

“Well the Pope died today…(imagine the audience’s response…nervous , tense, “Oh my goodness he’s talking about the Pope!”) I was reading the article in the Times and it said that tens of thousands of people were praying for the Pope…What are they praying for? That he’ll go to Heaven? Because if the Pope needs that kind of help to get into Heaven, the rest of us are SCREWED!”

The audience laughed! Why? The joke really wasn’t about the Pope it was about getting into Heaven and it was not degrading the Pope’s integrity or his commitment to his faith. Appropriate? It got a laugh! The audience’s response determined it was appropriate. It was the structure of the joke that made it appropriate.

For a professional humor writer, death often introduces opportunities to write humor. We must be careful though. I think right now, any joke that attacks Jacko will result in groans, boos or a kick in the Hee-hee…The good news for humor writer is that on the heels of the King of Pop dying, Billy Mays the huckster that sold stuff on T.V. (like Oxy-Clean), also died. With all the people’s energy going to the sadness of Michael Jackson dying, you could get away with a dig at Billy Mays. It could go something like this:

Well, I have some good news and some bad news: The bad news is Billy Mays died. The good news is his ashes make an excellent stain removerâ€”but only if you CALL NOW!

Appropriate? Well, I performed it last night and the audience laughed… 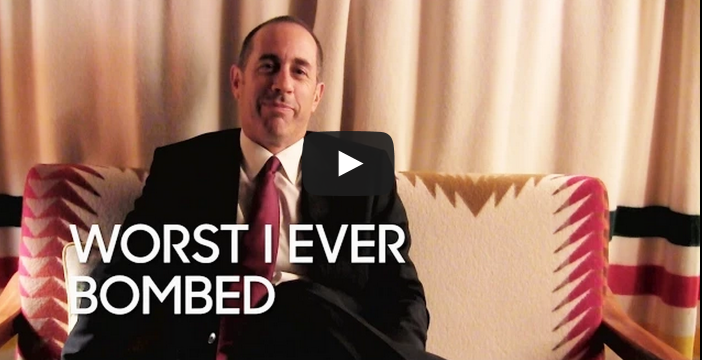 Comedy Lessons | A Word About Hecklers

Comedy Lessons | A Word About Hecklers