Nothing gets a person’s pulse up more than a great plot driven by revenge. I’ve noticed that the best comedians use this super effective theme in their jokes or stories.

My Ex, who cheated on me, called me on Halloween. She said, “Jerry, I don’t know what to pretend to be for Halloween.” I said, “Why don’t you just dress normally and pretend you’re in a committed relationship?”

When you set up an antagonist, the audience has an urge to root for the protagonist, or the hero, (to those of you unfamiliar with the term).

The audience becomes emotionally invested in the protagonist ‘winning’ after being wronged.

As a result, the audience is excited and gives more at the punchline. They laugh harder and not only that, they are also compelled to applaud.

There are two reasons for this:

To highlight this point, sing the end of the National Anthem or any country’s anthem. “… and the home of the brave…” That tension to resolution, urges the audience to applaud. Dropping that concept into your set, even in mini-doses, is almost like plug ‘n play applause breaks.

An Antagonist Makes the Revenge Delicious

You’ve heard the phrase “revenge is a dish best served cold?” In comedy, revenge must be served proportionally. Comedy revenge is usually not murder or real physical harm–let’s face it, you’re probably not going to get laughs if your girlfriend cheats on you and you stab her in the throat–it’s usually more like intellectual retribution…

I refer to this structure in comedy as “benign retaliation.” Meaning the revenge does not physically harm the antagonist and is usually proportional to what they did to you and saying it in words metaphorically as a cliche reformation, is much more symbolism than literalism.

Although, once the audience is rooting for you as the protagonist, it’s impressive what you can get away with as far as retaliation is concerned: even in longer stories.

“My ex was horrible with spending. But she would always justify her overspending by sale-shopping. And she would always walk into the house with these shopping bagsâ€”you know the kind I’m talking about; those paper bags with the rope-like handles. They’re made out rope so you can use it later to climb out of debt…

And I always knew when she overspent. She would always start out saying the same thing. Maybe you’ve heard this… She would come in and say, ” Oh my God! You have no idea how much money I saved us!”

This one month we were really strapped and I said, “We need to have a moratorium on non-essential spending.” She was like “Well, I need sandals, because it’s summer. They’re only 45 dollars.” So she went out to get sandals.

I said, “I thought you went to get sandals?”
She said, “Yeah, they were only 80 dollars.”
I said, “You said they were forty-five?”
She said, “Well, since I saved us so much money, I figured I would get some better sandals!”

I was pissed. A week later I was doing a gig in Malaysia. And these two Malaysian hookers approach me after at the bar after the show. They were beautiful and super seductive. They were trying to negotiate with me, you know. “200 dollars.” I’m like, “Ladies. I’m a family man. I don’t do that.” They don’t give up though. They kept trying for about 30 minutes. Finally they said, “Okayâ€”for youâ€”45 dollarsâ€”two of usâ€”all night.”

The next day I called my girlfriend. I said, “Oh My God, You have no idea how much money I saved us!”

That simple story gets a lot of laughs and at the end it alwaysâ€”well, almost alwaysâ€”gets an applause break.

In real life it’s not appropriate get even with your girlfriend’s spending, by implying that you slept with hookers, but in comedy… it’s on!

An Antagonist Enables You to be More Edgy

When you build that antagonist, the audience can let you go pretty edgy in your comeback. Remember that Halloween joke at the top? Here’s the way I originally wrote it and deliver it when I’m in comedy clubs:

“My Ex who cheated on me with her boss, called me on Halloween. She said, “Jerry, I don’t know what to be for Halloween.”  I said, “Why don’t you just dress for work and when people ask who you are you can say, “Just shut up and fuck me.”

Revenge as a Literary Device

Since storytelling began, revenge has titillated readers and listeners. It compels people to listen and participate emotionally. If you can get your audience to do that (even for a short joke) you know have a real winner.

Being such a powerful theme in storytelling, comedy writers should familiarize themselves with the concept of revenge and really get an understanding for the passion in it that the audience feels.

Be Sure There is a Reason for the Retaliation

But keep in mind, that in comedy, the retaliation needs to be benign and who the antagonist is, needs to be clear to the audience. If it’s not it could be deadly to the joke.

I had an audition set in front of David Letterman’s talent coordinator. I had a pretty good set. Afterwards, he gave me a critique, he said, “I loved your stuff. But that one joke about your ex-wife. We don’t like attacks on women with no reason for them. It’s sexist.”

I realized that because I was cutting my set down for 4 minutes, I left out the part that she cheated on me, so the attack seemed to come out of nowhere. If the audience does not crave the revenge, then, quite frankly, the audience doesn’t know why to root for you and the risk is diminished laughter or no laugh at all.

Here’s the irony of that story. Two months later, the talent coordinator was fired by Late Night for an interview where he was accused of being sexist.

Take some time and build some benign retaliation into your stories.

Watch some of your favorite comedians and see how they use revenge or benign retaliation in their stories or shorter jokes.

What are some of your favorite benign retaliation stories?

« Previous Post 3 Reasons You Should Develop Your Comedy Writing Chops Next Post » 20 Comic Masks – Which One are You?

Why *This is My Art* is Utter Nonsense 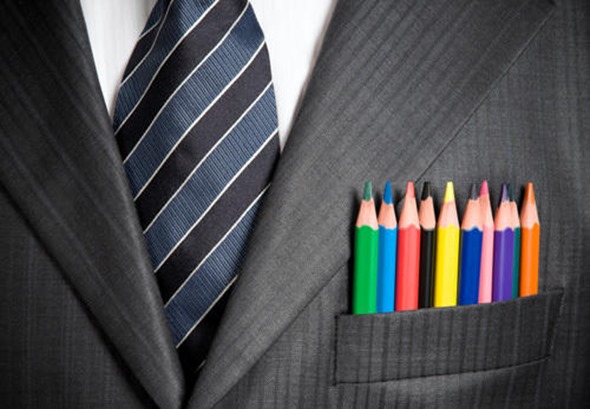 Why *This is My Art* is Utter Nonsense

How To Write Comedy | Conan Writer Rips On His Boss…

How To Write Comedy | Conan Writer Rips On His Boss…

Getting The Gigs On Late Night T.V.

Getting The Gigs On Late Night T.V.