One of the goals of a young comedian is to land a gig on Comedy Central, but what happens when you’re far past your twenties?

Do the goals change? In a word, No.

Comedy Clinic student Esther Hersh is a perfect example. When she arrived in comedy class a few weeks ago, instead of running her set, she wanted to rehearse a piece for The Ben Show she was auditioning for the next day on Comedy Central.

She was auditioning for the role of “Gangsta Granny” in a sketch.

We spent about twenty minutes helping her get comfortable with the language of the piece. Even though Esther is referred to as the “Sassy Senior,” it’s no easy task getting a Jewish Senior Citizen from Studio City comfortable with saying “M-F-er!”

And that was her opening line!

We told her that 90-percent of communication in this type of presentation is attitude, emotion and tone of voice and only 10-percent is the words, so she drove the words with a Gangsta attitude.

And just after a couple tries, Esther was pouring out lines that sounded more like a piece from a Richard Pryor routine.

Set that against the fact that she’s all of 5-feet, two inches and holding an AK-47 and you have blaring INCONGRUITY staring you in the face.

Needless to say Esther booked the job! She’ll be airing on Comedy Central on the premiere episode of The Ben Show starring Ben Hoffman this Thursday, February 28th on Comedy Central.  Check it out!

That kind of success, just makes me want to say “M-F-er!”

« Previous Post A Homeless Man’s Guide to Success Next Post » 4 Tried and True Tips to Assure You Don’t Bomb…Ever! (Pt. 1)

Joke Not Getting a Laugh? The Reason Might be that it’s Not Plausible 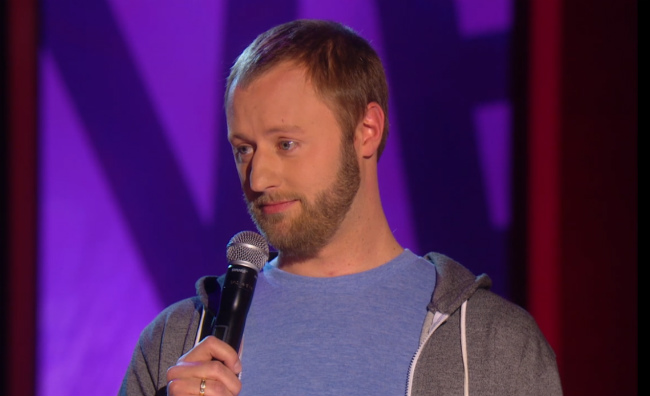 Joke Not Getting a Laugh? The Reason Might be that it’s Not Plausible