by Jerry Corley, founder of the Stand Up Comedy Clinic

Most people who contact me through this site do so because they want to know how to write a joke.

If that is a question that you have (I’m assuming it might be because you’ve found this post called “how to write a joke,”) then you’ve come to the right place because as a writer for the Tonight Show with Jay Leno for 8 years and a comedian for nearly 30, I’ve written thousands of jokes, sketches, funny stories, etc.

But the simple question of how to write a joke doesn’t stay simple for too long. With some people that leave comments, it soon it explodes into an argument of whether they want to do “jokes, ” or “stories.”

The simple fact is: A joke is a story! Let’s take a look.

Jokes have the elements of stories in them:

If you remember creative writing or lit class, the there are five elements of story:

Sid Caesar, master comedian, performer and writer once said, “a joke is a story with a curlicue.”

Elements of a Joke

Let’s look at this joke:

This joke has all the elements of story:

If we explore that joke one layer deeper, because my wife didn’t necessarily appreciate the gift, the audience now treats her as the antagonist of the story. Jokes that have this built in, have an extra impact on the audience; emotion. Now they are not only listening to a joke, but in a subtle way they are rooting for the protagonist. They are actually yearning for (at some level) you to win.

And in storytelling that is powerful.

So when people ask me whether or not to do jokes or stories, they are literally one and the same.

People argue with me all the time that formula and structure have no place in today’s comedy. In fact, those folks are either completely naive or they are lying to themselves, because every great comedian, whether he knows it or not, is using comedic structure.

To understand how to write a joke, we must first understand why people laugh.

Fact: The number one element that triggers human laughter is SURPRISE. It’s like magic, only with words. A magician surprises the audience when he does his trick. If there is no surprise, there is no trick. The formula for any magician is to have surprise. Without formulating surprise, you’re gonna have one hell of a boring act.

It’s the same with comedy. Once you understand this, you can do one of two things: 1. You can start to ramble and figure out how to surprise your audience: or 2. You can develop an understand of the structures or “formulas” in comedy that create surprise for the audience, whenever you want.

Two other major reasons humans laugh are embarrassment and recognition, but we’ll get to those later.

The key is for any joke to work, there has to be some kind of surprise. (The surprise is the ‘plot twist’.

So the next question is: How to we create surprise? The easiest way to create surprise is to  lead the audience to assume one thing, then surprise them with something different. (See how it’s similar to magic?)

Let’s look at the joke. It’s a common situation. Most people have been in a hotel room and been disturbed by a knocking housekeeper. She knocks because she’s outside and wants to come in. That’s what the audience assumes! So as a comedian or humorist, you switch the ending at the last minute to surprise them.

This is called a “reverse” in comedy and it works all the time. The key is that you don’t want to use this same formula repetitively, because the ending will then be expected to be switched and you’ve given away the surprise. Remember, without surprise, there is no laugh.

Let’s look at a couple more jokes that come out of talking about personal setbacks in my life that I formulated into jokes:

Each of these jokes use the formula of leading the audience to assume one thing then shattering that assumption with something different.

This is just one formula for writing jokes. Of course each of these can be weaved into a story and disguised as a story so it not so obvious that you’re telling jokes. If you disguise it into a story the audience is less likely to see the joke coming and be surprised.  And, like a magician if they don’t see it coming if makes for a better act.

I don’t just have one way I come up with material. I have about 24-25. Here’s a chart of the approaches I use to generate material. 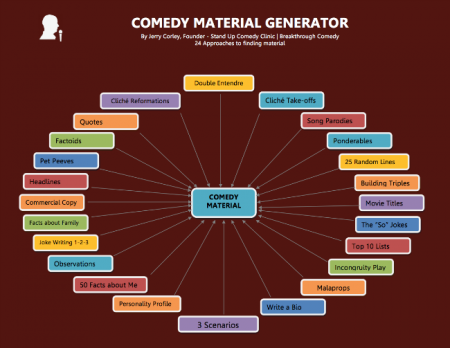 Wanna learn how to write jokes when you have nothing to write about? Click the button below and receive a free but powerful joke writing tutorial

Stay tuned or link to the feed to get more updates on joke writing, performance techniques and class schedules.

Jerry Corley is a professional comedian with 25 years experience touring the globe. He was also a contributing writer to the Tonight Show with Jay Leno for 8 years. Currently, he is still touring and also teaching comedy classes in Los Angeles at the Stand Up Comedy Clinic. 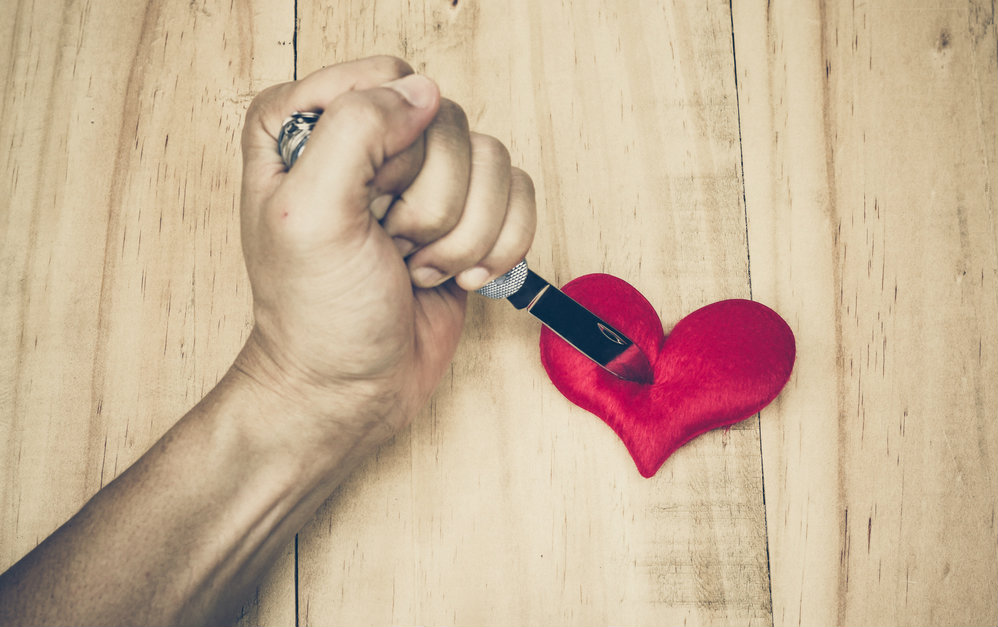