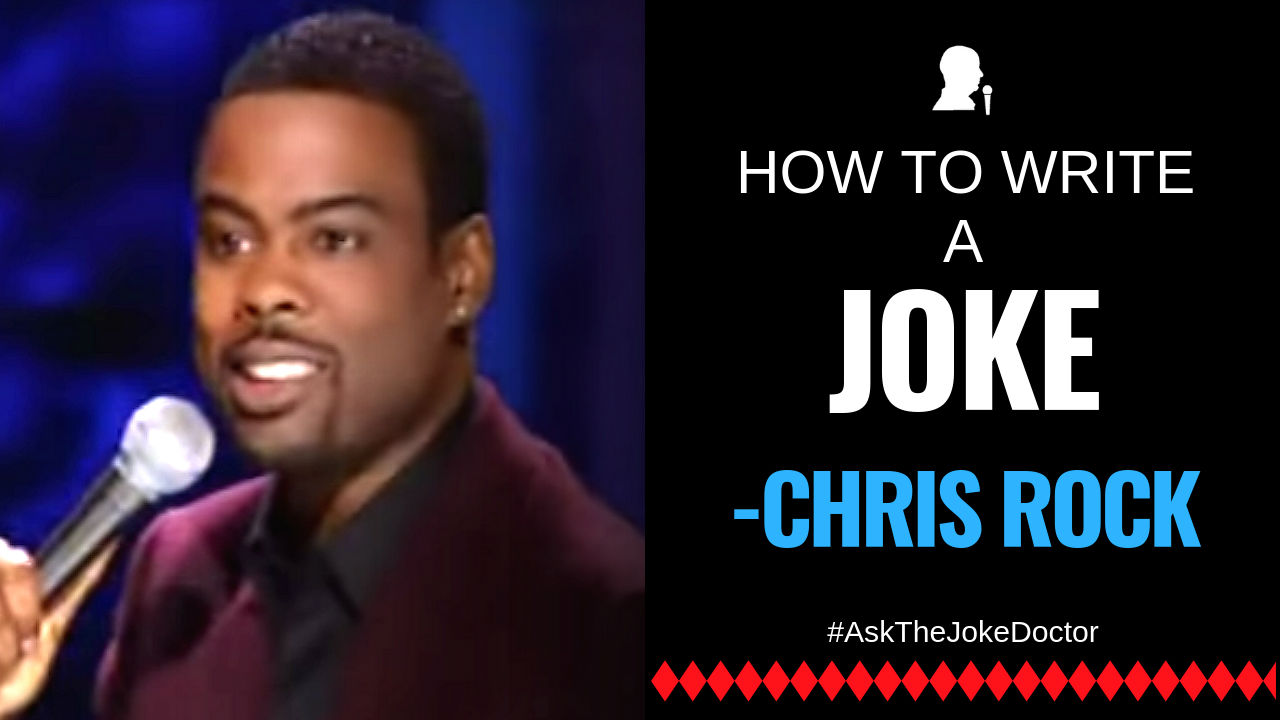 That’s right. In this post, I’m going to show you how to write a joke like Chris Rock…

I’ll tell you what brought me to this. As you might know, I have a YouTube channel where I post a lot of videos based on questions the comedy-curious send me on Twitter. I get great questions from comedians at all levels, beginners to professionals, because, let’s face it, we’re always learning!

This particular video addresses a comment I received on my YouTube Channel regarding a comedy writing tutorial I put online. I demonstrated how to write jokes using incongruity by utilizing the listing technique.

This guy wrote a comment that said, “Nobody uses this technique to write comedy.”

I replied, “What is your experience in this field? It must run deep since you imply that you know everyone in comedy.”

He wrote back, “Oh. Sorry Jerry. I didn’t even know you read these things.”

So what’s that say about his character? When you’re not looking I’ll talk shit about you…”

Now, don’t get me wrong I appreciate the skeptics. I used to say I respect them, but it’s hard to respect someone that simply defaults to negativity and commits themselves to a fact when all the evidence to the contrary is right before their very eyes.

And if they just took a little time to research the field they are in, they could find the truth.

But sometimes people need a little more than just somebody like me telling them they’re wrong. They need examples from someone with a LOT more credentials and fame than I have.

So that’s why I put together this video where I deconstruct a bit that Chris Rock does.

Then, as a bonus I demonstrate that if you actually go deep with the lists you can write like 20 more jokes on just one premise.

To really put a nail in the coffin of the skeptic, I include a downloadable PDF worksheet so that YOU can print it out and do some writing yourself on the same premise.

It’s great practice. And you’ll have a ton of fun doing it.

« Previous Post Are You Spending Your Energy on the Wrong Things? Next Post » Boring Premise to Great Routine