I Do Stories, Damn it!

People often say to me, “But I don’t
do jokes. I do stories!”

I
get it. Most successful modern comedians tell stories. Audiences
have become extremely comedy-savvy over the years. Unless you’re
really unique, most audiences don’t want to hear “jokes.”

That being said, “What is a joke?”
Is the only definition of a joke equal to a setup and a punch
line being delivered with a tone and pace that result in a presentation
that screams: “Hey look here audience, I’m telling
a joke!, ” followed by a rim-shot? 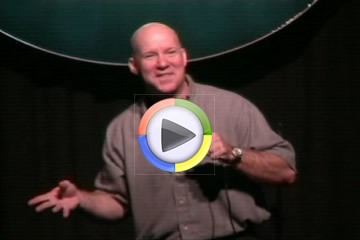 Believe it or not, Dane Cook tells jokes. So does John Stewart,
Robin Williams, Brian Regan, George Lopez. They are just disguising
them as stories. The better disguised they are, the more effective
the surprise is when it jumps out at us, the harder we laugh.

Take a look at the
following video. Tell me where the jokes are? How are
they disguised? What makes them funny?

Learn to do your material
as a conversation piece, a rant, a lecture, whatever. The key
is to disguise the fact that you’re doing a joke and just tell
us the story. Sadly,
many young students of comedy try to find the funny before
they tell the story. Try this instead: Tell the story first
then re-write it adding the
funny, using the techniques and formulas you’ll begin
to master at the Stand
Up Comedy Clinic.

New Classes Starting
Monday, July 20th. Sign up now and perform in a showcase in
7 weeks.

« Previous Post Is It Too Early For Michael Jackson Jokes? Next Post » 3-Steps To Finding A Good Comedy Instructor