Comedians often wonder why some of their jokes are not getting a laugh. If you’ve ever wondered this, read on. One of the reasons could be that it is not believable.

Comedians hear that they should tell the truth. That the truth is what’s funny. I think that pigeon-holes a comedian. I think it’s more accurate to say that your jokes or stories should be plausible. Even if they are a bit absurd.

As audiences, we love to be fooled, but we hate to be made fools of. Whether it’s a magic trick or a good joke, we’re fooled just a little. We experience surprise or a bit of amazement so we smile, laugh, applaud.

But, as audiences, when we’re made fools of we will turn. In comedy it is usually manifested as a groan or silence. In some cases you can actually watch an audience fold their arms, silently rejecting the performer’s recklessness in underestimating our intelligence.

I’ve seen comedians affect this behavior from audiences and stand in wonder as to why the audience would do such a thing. “I know this is funny! This is a funny idea!” “Come on! What’s wrong with the audience?” “How could they NOT get this?!”

You know the drill.

As comedians, we’ve all done a joke and expected a laugh and the joke resulted in anything but laughter.

There are a lot of reasons that this happens. One of the most common reasons is the lack of understanding that comedy is heightened reality.

Plausibility in a story or joke is essential.

But before I go into it, allow me to argue that whether you perform one and two-liner jokes, or stories, it’s all the same. “A joke, (according to Sid Caesar) is a story with a curlicue.”

So if a joke is a story then it must have some kind of story structure and adhere to certain set of rules.

Sorry to break the news to some of you, there are rules in story telling and joke telling.

Building Plausibility into Your Story

Stories, like jokes, have to adhere to a certain set rules. One of those rules is that the story or scenario has to be plausible. Another rule is that there should be some kind of point of view.

In trying to understand this concept, one of my students showed me an example of comedian, Rory Skovel on Comedy Central’s “The Half-Hour.” (3 1/2 minutes)

He was wondering how it is plausible that Rory had ‘stolen’ seven grandmothers. And if that concept didn’t violate the rule plausibility and wander into complete absurdity.

In my humble observation I give you this:

Rory’s persona is kinda like that of a sociopath. It’s quirky and off-center. He looks like he could’ve been one of those kids who was at risk of shooting up a high school so stealing and hoarding grandmothers doesn’t seem outside the realm of possibility for his persona.

Also, in the structure of the storytelling, he adds, “…old people in wheelchairs, rarely turn around to see who’s pushing them.”  This statement gives credence to how the main character in the story achieves his goal.

As outrageous as the story may be, the act of stealing grandmothers and keeping them in your basement is certainly plausible. It’s physically possible and given the main character’s persona in the story, it seems like plausible behavior.

That being said, if the storyteller sprung some concept on the audience that wasn’t introduced in the setup, then we might reject it. For example, in Rory’s story, he wheels the grandmother out to his van…

If he didn’t introduce the van and he just said something like, “…then I transport them to my basement using my magical telepathic transporting powers… ” or something like that, it would be completely implausible or unbelievable.

As a result the audience would think the comedian–by thinking that we would fall for such nonsense–are playing us for fools and we would reject the joke.

That being said, if the comedian built into the story that this was a dream or that he was in a world where those powers could be attained through submitting 5 cereal boxtops and a self-addressed stamped envelope, then we might allow it, because the given circumstances of the story, the telepathic powers would be plausible.

So the next time you tell a joke or a story and the audience doesn’t buy it. Maybe it is because it’s not considered plausible.

If any one of those elements is NOT plausible (given the circumstances that were explained to us in the set up and the character), then the audience might not buy the concept and may reject it by responding to our joke with silence.

Would love to hear your thoughts. Have you ever had a story or joke that didn’t work?

« Previous Post Add More Laughs by Putting On Your Comedy Toolbelt Next Post » Is Trump’s Election Changing Stand Up Comedy?

How to Write Comedy Like Daniel Tosh – A Deconstruction 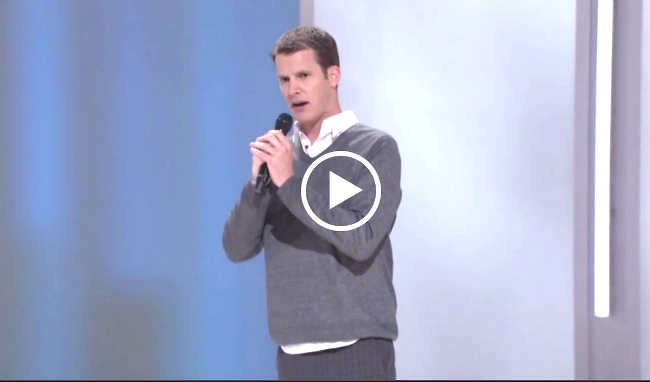 How to Write Comedy Like Daniel Tosh – A Deconstruction