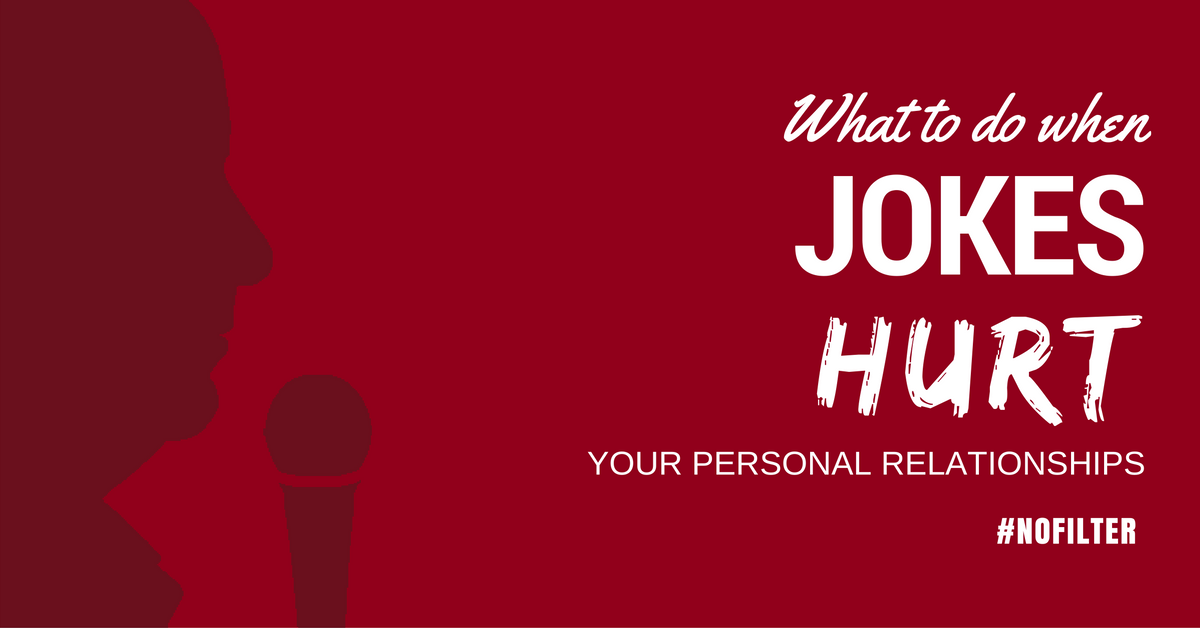 “My daughter is one of those science fiction buffs. I mean she is a HUGE fan of science fiction–what do they call these people? Oh, right, Christians.”

That’s a joke I do to lead into a bit I do on organized religion. It’s a solid lead in and it always gets a laugh. I did it on the night my daughter was at the club with her girlfriend. Her girlfriend laughed (she’s a self-proclaimed Atheist) and so did my daughter… kind of.

I spoke to my daughter afterward and she said that it bothered her that I did that joke.

So what’s a comedian to do when jokes hurt personal relationships?

It’s a common problem. One of the definitions of a joke is that a joke is a veiled attack. We are attacking something. Ex’s, the status quo, ourselves.

We’re often encouraged to write about what we know, but sometimes making fun of what we know can hurt feelings.

Sometimes it helps to talk to the the person–that’s if you care–and ask them if the joke hits too hard. If it does, then make a decision whether or not you’re going to continue to do the joke.

There are different schools of thought on this. George Carlin used to say, “Fuck them. I’ll say what I want to say… if someone’s feelings get hurt, so be it.”

It was easier for Carlin to say that because George Carlin rarely, if ever, talked about himself or his personal relationships. It was almost always external. Same with Robin Williams and Jerry Seinfeld.

What is it with bugs?

I do jokes about my ex’s. I didn’t bother to ask if it offends them, because I don’t really care. The jokes aren’t evil. They just express my feelings during the relationships and they also include facts.

“My Ex is like a funny car; alcohol fueled.”

My Ex has really bad mood swings… really bad. I called her the ‘Ice Princess,’ because I never knew what mood she would be in. When I used to come home from a gig at night, before I went in I would put my tongue on the door. If it stuck, I would stay at the neighbors.”

“My Ex, who cheated on me called me around Halloween… she was like, “Jerry, I don’t know what to pretend to be for Halloween.” I said, Why don’t you just dress normally and pretend you’re in a committed relationship.”

Deciding Whether or not to Keep the Joke

Now as part of her act, after setting it up, she says…

“One time, me and my husband were at Disneyland at one of those ice cream kiosks… The guy said, “Would you like some soft serve.” I said, “No thanks. (points to her husband) I brought my own.”

She debated whether or not to keep the joke, because she was afraid that it would hurt his feelings. That’s an honest dilemma. It is a very personal thing and she’s still in a relationship with this man.

I used to go with the idea that if it makes someone sad, it’s no longer funny. But if you think that way then you might as well strike out a bunch of jokes, right?

So I just leave it to people I care about. If I don’t want to hurt their feelings then I don’t do the joke.

Life is a scenario filled with risk to benefit ratios. In the end you have to make choices. If the joke is important to you as an artist who is expressing himself then do the joke, if you cannot risk the dilemma that results from hurting someone’s feelings who is close to you, choose another joke.

But this can become a slippery slope. There are those that will be determined to be offended about something and they will seek out the opportunity for that provocation. It’s impossible to make adjustments to please this kind of fanatic. If you try you’ll find yourself bending over backwards to do so and if you remain in that position, quite frankly, it is rather degrading.

Author Wayne Gerard Trotman said, “It’s impossible to be truly artistic without the risk of offending someone somewhere.”

With regard to the joke with my daughter, now I rephrase the joke so that it’s not my daughter but “some people.” My daughter still gets slightly upset that I compare religion to science fiction, but she’ll need to learn to live with that. The joke isn’t about her personally, it’s about religion.

In the end there are no right or wrong answers with this. Say what you want, but realize that one of the consequences could be that you hurt a relationship.

If you’re cool with that, so be it.

Join over 10,000 comedy savvy people who get inspired with regular newsletters from Jerry Corley’s Comedy Clinic. Click below and become and insider!

« Previous Post Is Trump’s Election Changing Stand Up Comedy? Next Post » “The History of Comedy” to Air as Part of an 8-part Series on CNN