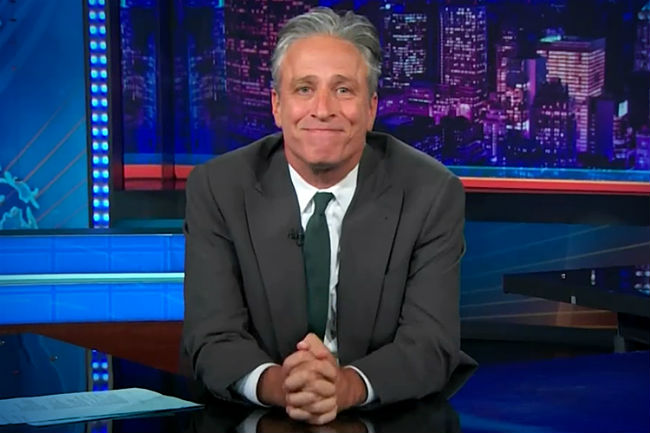 Jon Stewart to Step Down From The Daily Show

Oh Snap! If things weren't explosive already when it comes to Late Night T.V. and variety T.V. If you remember, the middle of last year I wrote about the changes in the Late Night T.V. scene are unprecedented in T.V. history with changes in The Tonight Show and Late Night on N.B.C. Now things are heating up even more with the news of Jon Stewart announcing that he is stepping down from The Daily Show! What? Say it ain't so! Jon Stewart has been the most trusted name in news and comedy for the last twenty years, while also developing and introducing some of the most talented people in comedy, like Stephen Colbert, who's now replacing David Letterman and of course John Oliver, who now has a show on HBO. And now the landscape in Late Night is changing drastically. This spells opportunity.