I was listening to some comedy the other day and I came across this video (podcast interview on YouTube). There was a guy in the interview who was talking about comedy.

This guy was from Kentucky and he had a bit of that Southern accent that made me think, “Damn! I didn’t know they had the internet in the hollar“.

He said, “Writing comedy is the fastest way to complete failure.” As you might imagine, that got my attention!

Then I asked myself, "Why did you call this guy an idiot, Jerry? You don't even know him. That's not cool!" Then I quickly realized that I'm originally from New York. It's in my blood. I'll pretty much call a squirrel an idiot for being out in the snow without a coat.

Then I listened to more of this idiot, and it wasn't long before it was obvious...

This guy has no idea what he's talking about! He went on to say that the reason why "writing your comedy leads to complete and utter failure is because"--are you ready for this?--"it's one-dimensional... it's written on a page."

If you sensed a gush of deep, guttural sarcasm, you weren't far off. I mean, "What!?" It's one-dimensional? It's written on a page? So that means it leads to complete and utter failure?

You know what else is written on a page? Pretty much every script for a sitcom or a movie!

And whether it's a drama or comedy, those words from the page have to be brought to life through performance.

Would you say that "Star Wars," or "Trainwreck" were one-dimensional? I don't think so. And we know they haven't led to complete and utter failure. Trainwreck did over $139 million Worldwide and Star Wars shattered box office records its first weekend. ($248 million, first weekend, for those who are curious).

So if this guy isn't a complete idiot then that sucking sound I've been hearing is him mouth-siphoning too much of that good Kentucky Moonshine.

By saying that writing your comedy is the quickest way to utter failure, you're totally discounting the role of the comedian. The comedian's role is to be able to "perform" their material.

I'm a good joke writer. I know that. I've made my living from that. But I don't take that material on stage and "read" jokes...

One of the best pieces of advice I ever received in comedy was from an acting teacher. She had me do a five minute set in front of my acting class. The jokes were good. They got laughs. But when I was done the teacher folded her arms and said, "Oh, look! Jerry thinks his jokes are so clever, he doesn't need to perform them."

The Role of the Comedian is to Perform

It is the role of the comedian to learn how to perform their material, to have an understanding of the emotion of the joke, what it means and what's being said with that joke. Then deliver it like it's a conversation and it's right off the top of your head.

It is also the role of the comedian or comedy writer to understand that laughter is NOT random. It's derived from certain stimuli. That stimuli is present in any line or story that gets a laugh. When a comedian or writer knows this, they can be sure to write it in.

Even when you're riffing and it sounds funny in your head. It's sounds funny because that stimuli is embedded somewhere in the words, the concept or the situation.

(To understand this further, checkout What Makes People Laugh).

So why would anyone allow something as ridiculous as that to come out of his conch? Especially when a huge body of evidence to the contrary is right in front of him?

Jerry Seinfeld is one of my all-time favorite comedians. He's smart. He's insightful. He's financially the most successful comedian of all time. According to Forbes, he's worth $750 million...

Also, between the June 2014 and June 2015, Seinfeld pulled in another $36 million. A large part of that from that little show about nothing.

That show "Seinfeld" was written by Jerry, (and Larry David for the first 5 seasons) with ball point pens and legal pads.

My point is Seinfeld writes down everything he says in his act. He's been called a "word surgeon;" removing every word that doesn't contribute to the joke. He works that material on the page before he takes the stage.

George Carlin wrote everything down. Jim Gaffigan too...

All of these guys write their material, first.

To be fair, Kevin Hart and Louis C.K. are also top earners in comedy. Both of them are a blend of both their writing and their riffing on stage.

The overwhelming majority of successful comedians write their material. Even Bill Burr who's known for his emotion-driven, (supposedly 'unscripted') stinging brand of comedy, started his first 5-7 years writing his stuff, because--self-admittedly--he "needed to know how to write a joke."

The reason why I say 'supposedly unscripted,' is because I recently saw him on stage at the Largo in L.A. working out his unscripted material... as he read from his notebook.

As you've probably heard me say before, there are 3 types of comics:

- We're all coincidental comedians. That's when something funny happens in conversation or on a phone call or a drive to the airport or holiday dinner at the in-laws. When that moment occurs, we make a record of it, (Most people write it down). Then we repeat it to an audience and hope it's funny. Nothing wrong with being a Coincidental comedian. But we have to wait for that coincidence to occur to build an act.

- The Architect is the comedian or writer who can sit down at will and write jokes, humorous stories, sketches or scripts at will, because he understands the structure of comedy and the science behind what makes people laugh. He doesn't have to wait for inspiration. He creates inspiration.

- The Humorist is the best of both worlds. He can write his material and get up on stage and riff that material. His improv skills help him to expand on the material in the moment often coming up with tags and toppers.

We should all strive to be the humorist; a blend of both writing skill and spontaneity. Not just one or the other.

The Advantages of Learning to Write Comedy

In fact there are so many advantages to knowing how to write a joke including learning to sell scripts, write for late night, speech punch-up, staff writer, etc.

See, I think what some people don't get--including the guy from the hollar--is that your one and two-liner jokes are the fundamental core of, not only comedy, but storytelling.

And the thing is when you learn what comedy is and what makes it work and then you learn to write it AND perform it, you can make a real living, because you've created the potential for multiple revenue streams.

With all these reasons, I don't know why this guy from the Hollar would say such nonsense. Then I realized that he also sells a product online on how to do stand-up. I guess selling people on the easy way is his angle. The path of least resistance sort of thing, you know?

I don't begrudge anyone who's trying to make a living. And I'm one of those people who buy all the books and programs so I can learn from everyone.

My concern is for the young comedian just getting into comedy. He's told he doesn't need to learn how to write it, then ten years down the line he's bitching about why he's not making any real money in this business.

Bottom line is there's no right way or wrong way of coming up with your comedy for stand-up, but if you want to also learn to really master your comedy, know how to fix a joke or be in a writer's room, sell scripts, jokes, sketches or screenplays and diversify your talent to create multiple revenue streams, then you'll be so much better off learning to write your comedy as well.

There's an old saying in Hollywood, "You could be the funniest guy in the world, but if you can't put it on the page, it means nothing."
Just ask Jerry Seinfeld.

So writing your comedy doesn't lead to complete & utter failure. It leads to the opposite of it.

Add More Laughs by Putting On Your Comedy Toolbelt 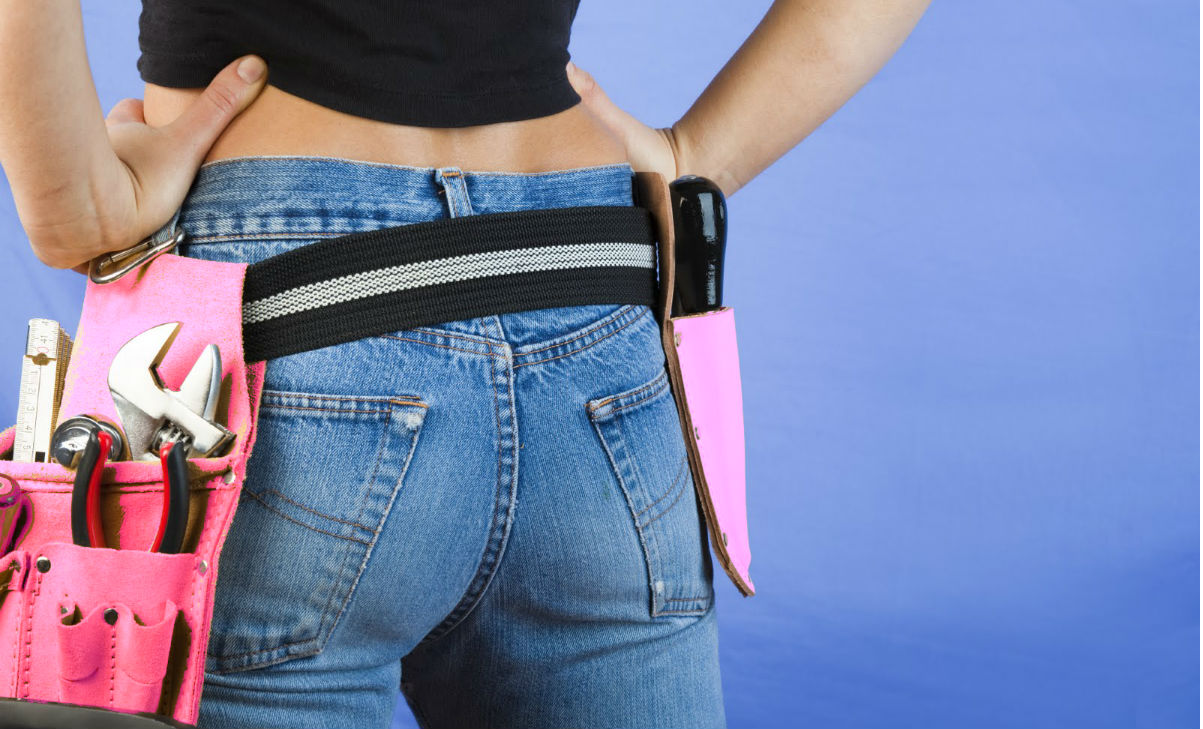 Add More Laughs by Putting On Your Comedy Toolbelt